With admiration for the annual Doublespeak Award given by the National Council of Teachers of English, I offer a modest effort called Forked Tongue. It will be a category of posts about words people use to obfuscate what they really mean.

The inaugural entry is inspired by a sentence in the front-page Chicago Tribune article about John Fox, newly hired coach of the bad-news Chicago Bears: “Fox’s resume is a glass of water for a team that has been wandering in the dessert.” 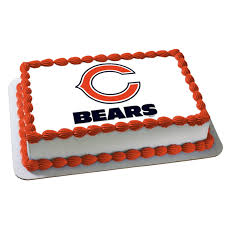 This kind of silly, obvious error, in which a word meaning “a typically sweet course which concludes an evening meal” is accidentally used instead of one meaning “a barren area of land where little precipitation occurs,” is the result of newspapers firing thousands of copy editors, whose jobs were to prevent this kind of embarrassing lapse in standards.

In fact, the Chicago Tribune created its own in-house editing gulag in 2009, which produced ready-made pages already written up for seven other papers in the company’s chain, allowing those papers to dump some of the employees who wrote articles, or designed pages or checked articles for accuracy while eliminating typos, grammatical mistakes and errors of fact.

Such centralization is supposed to be more “efficient,” which means using fewer and lower-paid people to do a job that’s just good enough. This degradation of quality is helping speed newspapers to their demise, while their publishers pound nails labeled “reallocation” and “trimming” into the coffin lids.