The top news editor at the New York Times has revealed an alarming new standard for what now passes as news in that paper.

The Public Editor’s Journal of Oct. 27 quotes him explaining why a news story containing an error should not be thought mistaken: The Times, he said, was only reporting what was common knowledge and that “It’s hard to imagine some version of this is not true.”

Just not the version reported.

Previously, the basic standard for publishing news required reporters to confirm facts. Specific, concrete, verifiable facts. Only talking heads and bloggers spouting fringe opinions relied on assumptions about what is common knowledge or the comforting excuse that surely some version of the events in question must be true.

Every old-school journalist has heard the saying, “If your mother says she loves you, check it out.”

From now on, readers of the Times will have to do their own fact-checking before relying on news that’s printed whether it’s fit or not.

No less an institution than the New York Times has begun violating the traditional separation between news and advertising on what used to be considered sacrosanct space – the front page.

It isn’t the first to do that, but following the herd isn’t what made the Times into one of the world’s best newspapers.

“Stories from our advertisers” now appear on the Times’ digital front page. These are not news stories, which are researched, written and edited by professionally impartial journalists, in which facts are laid out as accurately as possible regardless of whose ox may be gored.  These front-page entries are advertisements, meant to manipulate consumers into buying products they may or may not need.

Thus, they skew information to be convincing. One of today’s “stories” is from a maker of digital home devices that purport to turn your lights on or off, adjust the thermostat and lock or unlock your front door with the touch of a button on your smart phone.

“In a Flash” weaves impressive graphics of raging flames and quotes from expert, supposedly neutral sources into a story about how internet-connected smoke detectors are critical to saving the lives of you and your loved ones if a fire breaks out in your home. Its use of scare tactics is like that often seen in political campaigns, an overwrought insistence that disaster will surely befall anyone unwise enough to vote for the other candidate or chose a different brand of smoke detector.

The Times, of course, is paid for shilling this product to its readers. What used to be the premier newspaper in the United States has chosen to compete for advertising dollars by mixing the slickest ads into space once reserved for the most important news. The front page was the last place where Times readers could be assured that their interest in being informed of the facts – “impartially, without fear or favor,” as its founder put it – came first. Now they’re just another commodity to be shilled to advertisers.

Once again, the story of a man killing a woman he was dating has made front-page news, and for a familiar reason – police and judges failed to do their duty. 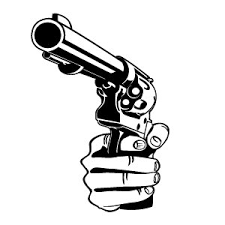 The day he shot Dena Seymour dead, the offender had racked up three orders of protection, was on probation for aggravated assault, had violated probation with an arrest for soliciting sex, had failed to show up in court, had failed to attend a court-ordered class in anger management and had just been charged with rape.

Felony charges were reduced to misdemeanors (allowing him to legally keep his gun) and he was released without bail despite the pending rape charge.

This happens over and over because men simply don’t value women. Instead, they operate from the often unarticulated but bone-deep belief that they must control women or risk being seen as emasculated.

This is especially true among police officers. Rates of domestic violence among their families is three times higher than in civilian families – 40 percent compared to 10 percent.

After my sister separated from her soon-to-be-ex-husband, she met him at his office for a talk. His employees heard her scream when he tried to yank her out of a chair by her long hair. She called the police. But they spoke to her husband first, who told them that they were going through a divorce. They examined her neck and found no bruises. They dismissed her accusation as a “civil matter” that didn’t warrant their intervention and wouldn’t even take a report. She had to call the police station and insist on filing one. Now she’s getting treatment for the whiplash injury that showed up not long after he manhandled her.

Even her lawyer and her marriage counselor, both women, discouraged her from filing for an order of protection because there were no bruises and no witnesses. Shamefully, they even suggested he hadn’t really hurt her. This shows how deep and pervasive is the attitude that devalues women.

Her husband has subjected her to angry outbursts, extreme verbal abuse and constant belittlement, has a history of drug addiction and owns several handguns. Even if she had an order of protection,  she could still be attacked because he has no reason to think he’d be punished.

The Chicago Tribune article “Red flags before woman’s shooting death” describes how authorities caused Dena Seymour’s murder by failing to take violence against women seriously. One judge had dismissed a fourth woman’s request for an order of protection against the man because she came across in court as too excitable, while he maintained calm composure.

Easy to do when you know the charges won’t be taken seriously.