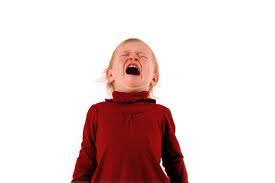 The closer we get to election day, the more candidate Trump morphs from bully to whiner.

My microphone was faulty! The media’s out to get me!

Next will come the crybaby: I was robbed! It was a conspiracy! No fair!

Despite dire predictions of chaos and revolution after the ballot count shows Clinton won, I think it’s safe to say most people just will heave a sigh of relief that it’s over. And some of us won’t be able to resist yelling at the self-proclaimed victim of injustice as he stomps, pouting, out of the schoolyard: